Now reading: Billie Eilish has been writing new music in quarantine: “We got some stuff coming”
Share
PrevNext 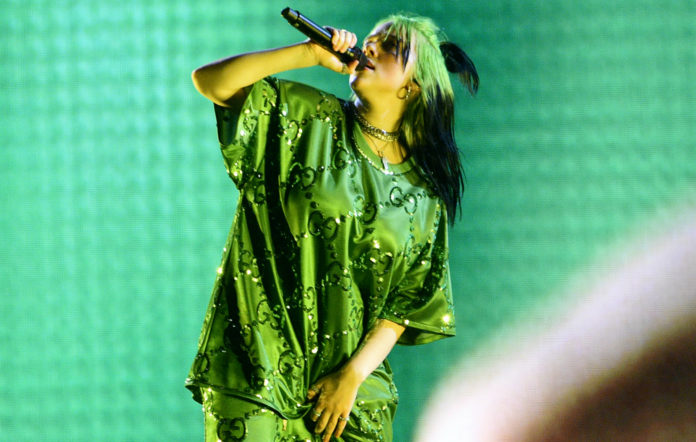 Billie Eilish has revealed that she’s been writing new music with brother Finneas in quarantine.

The singer was speaking to Zane Lowe on Beats 1 to discuss her new radio show on the station with her dad.

Eilish said she was “fully uninspired for the first three weeks of [quarantine],” adding that she “was not about to make music”.

“I don’t know why. I just was like, ‘This is not interesting to me right now.’ It was annoying though because it was like that’s the kind of thing you want to be doing in quarantine, but I couldn’t. I don’t know, I wasn’t feeling it. We did a lot of video performance charity”.

Adding that she and Finneas have now started writing, she explained: “It kind of hit a couple weeks ago, actually. So we’ve been in the studio, which just means Finneas’ basement, basically. We wrote a whole song in its entirety, an entire song, which is kind of rare for us to just write a whole song in one.

“I really love it. It was exactly what I needed to say when we wrote it. It was like I don’t know. I can’t tell time anymore. But we’ve been doing a lot of stuff. We’re trying to finish this one that I’m not going to say. Yeah, we got some stuff coming.”

In the same interview, Billie Eilish revealed that she “can’t stop listening” to The Strokes and their new album ‘The New Abnormal’.

“…With The Strokes album, I just turned it on,” she said. “Finneas played me a song and I thought it was so good and I was like, ‘You know what, let me just bite it and that’s go’. And yesterday I downloaded the whole thing.”